Yukon Gear & Axle is one of our favorite suppliers of gear and axle off-roading parts due to the high quality of their products.

Partnered with world leaders in OEM manufacturing, you can expect this equipment to exceed your expectations. You can rely on these products on the track, the hills, the streets, and the rocks. These parts are so reliable they can be used for diesel trucks, rock crawlers, high performance, circle track, drag racing, and of course, the toughest off-road conditions.

Yukon products work with virtually all models, either American-made or Import.

You’ll find the gear and axle you need at our St. George off-road accessory store. 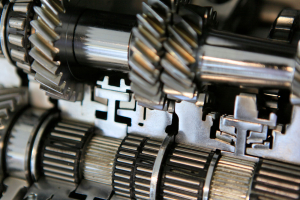 The Basics Of Off Road Truck Axles

4×4 axles come in a wide variety of forms – you can find heavy-duty to lightweight axles at our St. George off-road accessories store. Depending on what types of terrain you plan on traveling through, as well as your specific type of off-road vehicle, you may want to swap your axle out for something more appropriate for your typical off-road adventure.

Also often called “straight axle”, this is a common axle used for off-road vehicles. The wheels on these axles don’t cycle independently from each other; if one wheel travels in one direction (over or around an obstacle), then the other wheel follows.

With its one-piece design, ICH involves the differential carrier and its attached ring gear being supported by 2 carrier bearings. All of the assembling is done inside the housing.

ICH one-piece design makes it stronger than the majority of factory removable carriers.

These are typically lighter in weight and provide more ground clearance.

Also called “dropouts”, these can be installed outside of the axle housing. They’re known for being lighter.

With GearSet, the carrier, ring gear, and pinion gear set are supported by the housing. This involves 2 different sides – drive and coast.

Also referred to as a standard-cut differential, low-pinion differentials use hypoid-style gear cuts which apply pressure to the stronger drive side gear when placed in the rear of a 4×4.

Also called a reverse-cut differential because the gear teeth cut is the opposite of the standard direction so that axles turn in the right direction – it’s best to have this in the front of the 4×4 because the reverse-cut gear set focuses the driving force to the stronger drive side of the ring gear.

This offers a lot of ground clearance and helps with driveline angles.